This August we had the pleasure of visiting Canada via Boston with a return through New York City.

We planned an overnight in Boston to meet up with our daughter Sara who was heading back to Boise, ID  in just a couple days. We stayed at The Park Plaza mostly for its convenient location but also because it is competitively priced, reliable and supporting historic properties is a good thing. The hotel staff gave us a terrific upgrade to the 15th floor in the tower which turned out to be a gracious room and included breakfast in a private lounge on the same floor.

We dined that evening next door to the Four Seasons at Bistro Du Midi.  It was an excellent, a really excellent dinner and terrific service.  The fish entrees we tried were some of the finest I’ve ever tasted.   All of the appetizers we ordered were very good but the Barbajuans were both unusual and outstanding.  The restaurant also has a downstairs (street level) cafe, much like a casual french bistro/bar, that was hopping.  It has a large varied menu full of fun items.  I’d like to return and try it as well.

Toronto was our next destination. 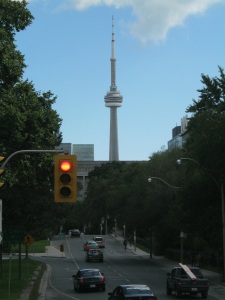 We flew Porter Airlines  from Logan Airport to Toronto’s downtown island airport.  The airport boasts the shortest ferry ride in the world to take you from the airport to the mainland of Toronto.  Porter was a surprisingly nice change in airlines.  No baggage fee, refreshments, snacks including complimentary wine and beer on the flight and a welcoming crew.  We had a mechanical delay leaving Boston and for the inconvenience the airline gave us a lunch voucher, $50 off a future flight, and was able to get everyone on their next flight three hours later. Flying out of Toronto from Billy Bishop Airport, Porter has a comfortable lounge with complimentary newspapers, snacks and beverages.  I recently read Porter has opened another similar lounge in the Newark, NJ airport.

Toronto is a great city!  The neighborhood of Cabbagetown is especially charming, historic and includes a farm with all of  your basic farm animals in residence tucked into an urban district!  We were treated to a bus tour, boat tour  and walking tour of the city that truly provided a great overview of the growing city.  If you enjoy city markets, the St. Lawrence Market is a must see. 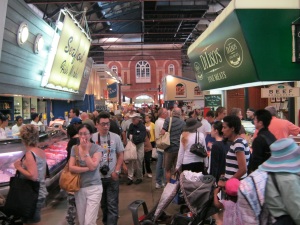 Go for breakfast and try a Peameal bacon and tomato sandwich.  The Distillery District  is refreshing with a unique massing of independent retailers, restaurants  and a theater housed in the large expanse of old brick and stone distillery plant  buildings.  We dined one night at Le Select Bistro and enjoyed bottles of La Ferme Du Mont,  a 2009 Cotes Du Rhone. 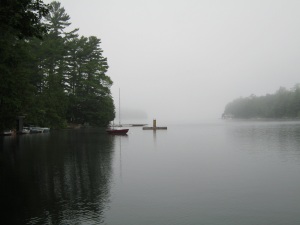 Thanks to some wonderful friends we had a chance to experience rural Canada as well, and spent some memorable time on Lake Muskoka.

Montreal was our next destination.  We flew Porter Airlines, and took public transportation into the city.  Our accommodations were in the old city at a small, historic B&B – Aubergere San Soucy.  I wish I’d known more about the city when choosing our accommodations.  The accommodations were ok but nothing noteworthy.   The old city is an architecturally interesting district but it is overrun with tacky tourist driven businesses. 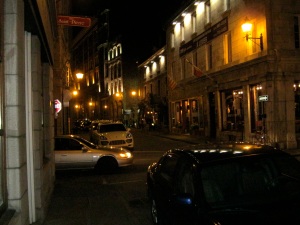 Once out of  the old city we found Montreal more enjoyable especially our time walking La Rue Saint-Denis.

We dined one evening at Graziella .   The food, the service and the wine were all remarkable. 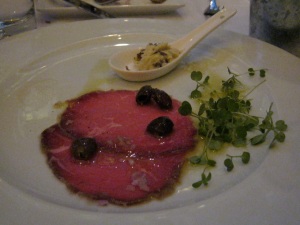 The carpaccio with a parmesan custard was especially different.

We rode Amtrak’s Adirondack train from Montreal to NYC.  It’s eleven hours,  at least one of which is spent going through customs at the US border.  There is some exceptional scenery along Lake Champlain and along the Hudson River to take in but it makes frequent stops, lacks a dining car (only a cafe car) and is not made up of  Amtrak’s premium cars.  Thanks to good preparation buying wine and picnic fare the day before, we spent the hours eating, drinking and listening to books on tape or reading to pass the hours. 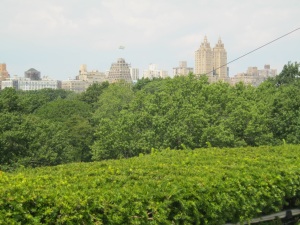 It is extremely hard not to have a great time in NYC.   Some highlights of our three day visit were  Eataly, 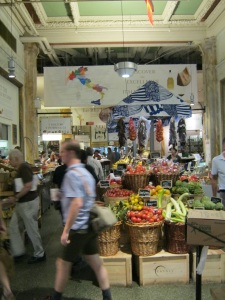 a walk through Union Square Market, The Doughnut Plant, breakfast at Le Grainne Cafe, dining at The Bar at The Modern and without question, the best dinner of the trip at A Voce enjoyed with a bottle of Red Angel on the Moonlight IGT 2009. 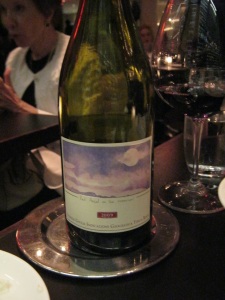 We definitely had a good escape from Sarasota and thank those who traveled with us and hosted us for making the time so very special. 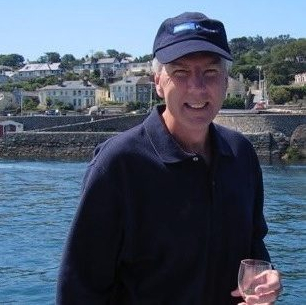 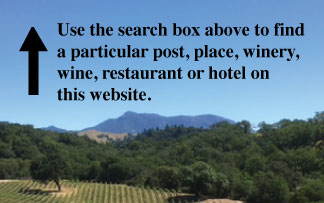 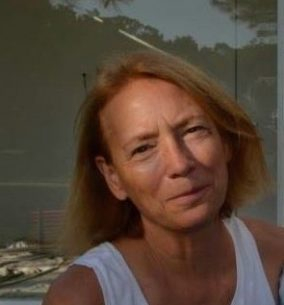